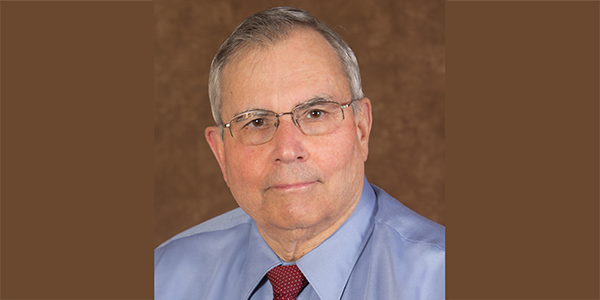 Arlen Ottman has been building bridges all his life, and his SDSU legacy will ensure a future in which bridges continue to be plentiful and safe.

Ottman graduated in 1959 with a degree in civil and environmental engineering. That same year, he started working for the bridge office in the Minnesota Department of Transportation. He retired from the department 50 years later as principal engineer.

"My basic work was in the actual design of bridges," said Ottman, who explained that three offices oversee bridges on Minnesota state highways. One office decides on the need for a new or repaired bridge while another makes the preliminary designs.

"We would take the preliminary plan and turn it into a detailed plan a contractor could work with," Ottman said.

Ottman supervised an office that usually had six or seven employees, including two or three drafters and a couple of engineers.

Bridges must be constructed according to Federal Highway Administration standards. Any work on county or township bridges that involves state funding must also have their specifications checked by Ottman's office.

Ottman, who moved back to his hometown of Lemmon when he retired, later worked as an adviser to a consultant who worked on Minnesota bridge projects.

A lifetime in bridge building informed Ottman's decision about how to give back to his alma mater. He has created the Arlen Ottman Endowment for Civil Engineering Education that will help fund the participation of SDSU engineering students in the American Society of Civil Engineers Steel Bridge Competition.

Like many alums, Ottman knew he wanted to give, but was uncertain how his gift would work best.

"I kind of wanted it to fit into the Civil Engineering Department," said Ottman, who noted that the bridge competition didn't exist when he was a student.

The Office of Gift Planning suggested an endowment that would help fund students' participation in the bridge building competition after learning that Ottman had been a judge during his career.

Ottman's impact on the civil engineering students will last for generations. His endowment will pay for travel and materials for SDSU students who enter the regional competition.

In addition to currently funding the endowment, Ottman has named SDSU to be the beneficiary of a financial account that will help fund the endowment far into the future.

"They do need some financial assistance, the students do," Ottman said.